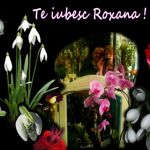 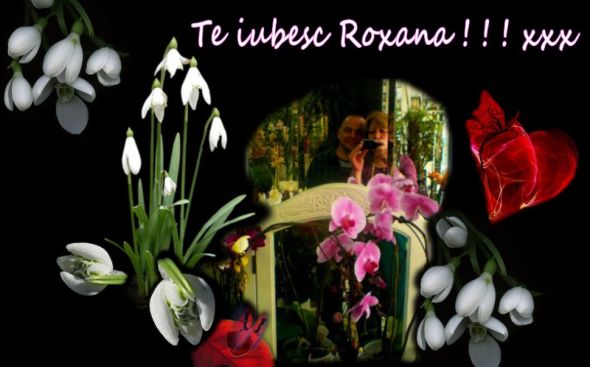 Well as today is Dragobete I must pay homage to the one I love.. !!!
And with the above image I shower you with snowdrops…(even though you are just an arm’s length away ) 🙂

Here a little background about this day in Romania …

Dragobete, also named Dragomir, is the local counterpart of Roman god Cupid and Greek god Eros. He isn’t however mentioned as a divine creature. He is a positive character, a symbol of pure love, completely opposite to his mother, Dochia. Dochia is said to have been a very cruel mother in law, making a habit of mistreating her daughter in law. She sent her to pick up berries in the month of February, an impossible time of year to find such fruit. God helps the girl in her task fact that leads to a tragedy.

Dochia, believing it was spring already, takes her sheep and her son, Dragobete, up the mountain. Although she carries 12 lambskins in the beginning of her journey, she looses them. The story has two versions here: they either get wet because of the rain or she throws them as it was very warm. Both Dochia and her son freeze to death on the mountain.

Regardless of its origin, the myth of Dragobete speaks of pristine love, of nature’s rituals translated into people’s life, of new life cycles and of being reborn. It is also said that couples are watching out for which one of them is stepping over the others foot. It is believed that he or she will then take the lead in the couple .

You all know Valentine’s Day is not a big celebration in all parts of Europe. I believe it is gaining more ground in Romania because of Dragobete. We were all used to celebrate love in February. But the celebration of Dragobete was somehow lost. There are quite a few Romanian voices frowning upon the widespread of this “imported” holiday. They see it as an US commercial scheme, forgetting all about its European roots.

LOVE AND KISS EACH OTHER !! 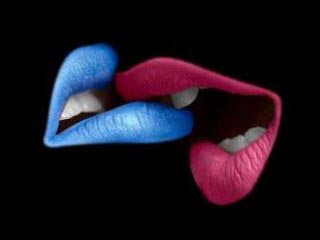